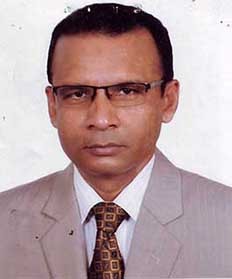 The then Caretaker Government of the People’s Republic of Bangladesh inserted section 90B in the Representation of People’s Order (RPO), 1972 imposing some conditions for the purpose of registration of a political party. Subsequently the Awami League Government amended the said section making the conditions more difficult for the new political parties for getting registration.

As per the provision of the aforesaid section the new political parties must comply the following conditions to get registration:

It has also been said in section 90-B(1)(ii), “secured five percent of total votes cast in the constituencies in which its candidates took part in any of the aforesaid parliamentary elections” but nothing has been said how the candidates of a party take part in election before getting registration?

The said section 90-B(1)(iii) says, “established a functional central office, by whatever name it may be called with a central committee, functional district offices in at least in one-third administrative districts, offices in at least one hundred Upazilas or Metropolitan Thana having a minimum number of two hundred voters as its members in each of them”. But two hundred voter-members is an undemocratic condition as because there are few people who want to expose himself as a voter of a particular political party.

Recently Mr. Emanuel Macro, President of France won the national election one year after formation his party and he had not to fulfill any such condition to carry on his political career. The people of France have supported his new vision for change of political views, culture and thinking. Similarly in our neighbouring country India Mr. Arbinda Kezriwal was elected from his political party one and half year after formation of the party. Moreover in India and many other democratic countries numerous political parties contest the national and local election without any hindrance in the name of registration by so much hard conditions. But in Bangladesh our democratic right of politics what has been protected by our constitution has been infringed in the recent years in the name of registration imposing so difficult conditions which are not at all compliable for any party.

In India political party is registered as per provision of Representation of People Act 1951 (Section 29A, Part IV A) where local unit is optional. They only see the central committee, its office and party constitution. Nothing more is required for registration of a political party there.

The so called elite people do not feel interest to be involved with a new political party as there is no easy way to earn money in the name of politics. They always seek power politics where they get various scopes to earn money and exercise power. Those are poor, young or unemployed people who engage themselves to serve the country by involving fair politics and movement as they took part in movement against the British and for the independence. Such types of people are real patriots but they spend their lives in hardship and they can hardly afford to carry on the new political party by spending so much money.

The women of Bangladesh are basically housewives and a little number of them is engaged recently in different jobs only for their livelihood. Most of them are not interested to anything other then their family maintaining. There is little number of female politicians who have come to politics by inheritance including the Hon’ble Prime Minister Sheikh Hasina, Leader of the Opposition Begum Rawshan Ershad, former Prime Minister Begum Khaleda Zia etc. Without stair of family female political leader is rare in Bangladesh as well as all over the world. Under this backdrop, mandatory of 33% women in the committees of political parties is a black concept and uncompliable provision.

Formation of political party is a fundamental right of people. The aforesaid non-political caretaker government imposed mandatory provision for registration of political parties with some strict conditions, all of which are not at all compliable for any political party. Even though about 34 political parties were registered in 2008 subject to fulfill some conditions by the year of 2020. But nothing was said about the consequences of their failure to fulfill the conditions and also nothing was said about the future parties after 2020. As such the impugned provision is a product of unconscious and imbalanced brain.

The leading political parties are liable for destroying the moral, religious and social values. They control everything good or bad and nourish terrorism, corruption, sabotage, hartal, blockade etc. Under this backdrop, the good people have not so much eagerness to join politics. Despite there are some people struggling for peace and tranquility in personal, family, social and national life. Due to such perception Bangladesh Congress has been formed by some peace loving people specially young generation who have not yet gone to dog, intending to serve the nation from the values of patriotism, honesty, perception of independence, humanity and religious freedom. But because of the disputed provision the petitioner is about to be deprived from serving the nation due to difficulty of registration.

There are almost 40 registered political parties in Bangladesh most of those were registered in 2008. All the parties have failed to fulfill all the conditions but the respondents are wordless about the said failure. Some parties have been registered on condition to fulfill 33% women quota before the year of 2020 but no party has been able to fulfill the said condition even from 2008 to 2017. Most of the registered parties have not offices and committees in 22 district and 100 upazilas with 200 members. But those are enjoying registration facilities without any objection from the Election Commission. The position of Bangladesh Congress is much better than those but it gets no scope to apply for registration because of the aforesaid difficult conditions of having offices and committees in 22 district and 100 upazilas with 200 members.

Conducting 123 offices expending about Tk. 14,90,000/- (fourteen lac and ninety thousand) per month for rent and maintenance is very much impossible for any new political party. Party activities can be carried on without any office and such provision of having so many offices is unnecessary which should be repealed.

Election is a part and parcel of politics and politics is a constitutional right of the citizens. By name of registration nobody can be restrained from taking part in election as well as in politics. Such type of provision for registration of political party remains nowhere in the world and this strict provision in Bangladesh is a clear conspiracy to create crisis of political leaderships in future. So such provision should be repealed for greater interest of the nation.

Circulation for application of party registration only before national election takes five years time to avail opportunity to apply for registration. If any party is refused to get registration it would have to wait five years for next opportunity losing a long time. As such registration process should be availed for whole year so that registration may be given at any time subject to fulfill of necessary requirements.

Bangladeshi traditional culture of middle class families does not allow the women to go out of house except any professional job and the committees of political parties fulfilling 33% women is absurd.

The contexts of establishment of the leading parties of Bangladesh no more exist. The Bangladesh Awami League was formed from the feelings of independence from the West which actually started from 1885 when the first political party of the sub-continent Indian National Congress was formed. Muslim League was formed from the concept of the Indian National Congress and subsequently after creation of Pakistan Awami League was formed from Muslim League. Bangladesh Nationalist Party and Jatia Party were formed after taking over power by military force. Some parties run by using religious sentiments and some left parties get foreign help. For the time being the new generation of Bangladesh has no such way to build up their political career and as a result they rush to the various destructive activities such as extremism, terrorism and different social crime. The existing leading parties failed to give them any exemplary political ideology to be followed. So it is high time to change the political culture positively and for this a new leadership from the fair people is so required. For this purpose political field should be opened for all removing all hindrances of fair politics. As such the provision of new political party registration should be amended for the greater interest of the nation.

Bangladesh is a democratic country. Democracy is the belief in freedom and equality between people, or a system of government based on this belief, in which power is either held by elected representatives or directly by the people themselves. In a democratic country no embargo to free election can be sustained and any citizen may elect his representative or may be elected himself.

Which Software And Tech Packages You Really Need